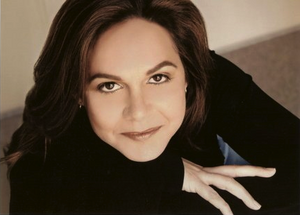 Candice "Candi" Milo (born January 9, 1961) is an American voice actress and singer. She has voiced many different animated characters such as Sweetie Pie on Tiny Toon Adventures, Jacobo on Disney's The Replacements, Coco, Madame Foster and Cheese on Foster's Home for Imaginary Friends, Mom and Teacher on Cow and Chicken, Irma Lair on W.I.T.C.H., lead character Maya Santos on Maya & Miguel, the punk rocker/goth Ophelia Ramírez on The Life and Times of Juniper Lee, Nick Dean on The Adventures of Jimmy Neutron: Boy Genius, and Nora Wakeman on My Life as a Teenage Robot. Milo is well known for voicing characters with a thick Spanish accent.

In 1977, Milo began singing in theme park attractions, most notably at Disneyland in Anaheim and afterwards started appearing in roles in movies and television series, such as Gimme a Break!, Knots Landing, and Perfect Strangers. She was also a member of "The Mighty Carson Art Players" on The Tonight Show with Johnny Carson. She accidentally got into voice acting after singing on stage. She was signed by The William Morris Agency for voice acting, which was initially disappointing to her because Milo originally wanted a singing career.

Milo's first voice role was Sweetie Pie in Tiny Toons Adventures in 1990. She played Lonette, an attractive animated waitress; Bob, a member of Holli Would's gang of goons who was a crossdresser and other characters in Cool World in addition to feeding lines to the other actors.

She went on to be very active in cartoons, voicing Pakka in Cro, Ann Gora in Swat Kats: The Radical Squadron, Little Red Riding Hood in 2 Stupid Dogs, and the main characters' Mom, and their teacher in Cow and Chicken. Later she replaced Christine Cavanaugh as the voice of Dexter in Dexter's Laboratory in 1998, when Ms. Cavanaugh retired from voice acting for personal reasons, and voiced Dexter to the end of the show. Her other voice credits include Snap from ChalkZone, The Flea on ¡Mucha Lucha!, and the title character in the U.S. version of the 2003 Astro Boy series.

From 2003-09, Milo provided the voice of Dr. Nora Wakeman in My Life as a Teenage Robot. For this role, she was subsequently nominated for an Annie Award in 2004 and 2005. During this time, the actress also voiced Ophelia Ramirez in The Life and Times of Juniper Lee, Irma Lair in W.I.T.C.H., Zadavia in Loonatics Unleashed, as well as Coco, Madame Foster and Cheese in Foster's Home for Imaginary Friends.