Hanna-Barbera Productions, Inc. was an animation studio that impacted and dominated television since it was founded in 1944. By William Hanna, Joseph Barbera and George Sidney. Also under the names of Hanna-Barbera Entertainment, Inc. and Hanna-Barbera Cartoons, Inc. It's Main function was to produce films and commercials. It went on to provide a powerful and lasting impact on television animation. Furthermore, a great many of the characters originally created by Hanna and Barbera for the small screen have crossed the boundaries into film, books, toys, and all manner of other media, becoming virtually ubiquitous as cultural icons.

Hanna-Barbera Productions currently exists as an in-name-only company used to market properties and productions associated with the studio's "classic" works such as Yogi Bear and Jonny Quest. In 2005, the Academy of Television Arts & Sciences unveiled a bronze wall sculpture of Hanna and Barbera and their characters, honoring the duo's work in television and film.

Comedy writer Bill Hanna and cartoonist Joe Barbera's careers merged in 1939, when both were working in the Cartoon Department at MGM Studios. Their first joint effort was a Tom and Jerry cartoon entitled, "Puss Gets the Boot" (1940). Seventeen years of Tom and Jerry episodes were to follow. The studio abruptly closed its cartoon unit in 1957, preferring re-runs to new material, nearly two decades after Hanna and Barbera began working at MGM.

in 1957 Hanna, Barbera, and live-action director George Sidney decided to try their collaborative hand at creating material for television. Having gained a solid reputation as film animators, the two successfully approached Columbia's Screen Gems television studio with a storyboard for Ruff and Reddy, a cartoon tale about two pals, a dog and a cat. The success of Ruff and Reddy as wrap-around segments for recycled movie cartoons (including Tom and Jerry) proved to be the beginning of a lengthy career in television animation.

The company was originally formed in 1957 by former Metro-Goldwyn-Mayer (MGM) animation directors William Hanna and Joseph Barbera (creators of Tom and Jerry) and live-action director George Sidney in partnership with Columbia Pictures' Screen Gems television division. Over the next four decades, the studio produced many successful animated television shows, including The Flintstones, The Yogi Bear Show, The Jetsons, Jonny Quest, Scooby-Doo, Where Are You! and The Smurfs, among others. The studio also produced several theatrical films, short subjects, telefilms, specials and commercials, earning Hanna-Barbera eight Emmys, a Golden Globe Award, and a star on the Hollywood Walk of Fame, among other merits.

In the mid-1980s, the company's fortunes began to decline after the profitability of Saturday morning cartoons was eclipsed by weekday afternoon syndication. In late 1991, the company was purchased by Turner Broadcasting System, who used much of the H-B back catalog to program its new channel, Cartoon Network. Both Hanna and Barbera went into semi-retirement after Turner purchased the company, continuing to serve as mentors and creative consultants.

From 1991, Hanna-Barbera Productions, now a subsidiary of Turner Broadcasting System, boasted a library of several thousand cartoon episodes. Hanna-Barbera accounted for the bulk of the programming on Turner's Cartoon Network cable service. Since the 1970s Hanna-Barbera has produced, in addition to the cartoons, a number of films and specials for television including The Gathering (1977), The Stone Fox (1987), and Going Bananas (1984), as well as live-action feature films including The Jetsons: The Movie (1990), The Pagemaster (1994) and The Flintstones (1994). In 1994 the company was renamed Hanna-Barbera Cartoons.

During the mid-1990s, Hanna-Barbera began producing original programming for Cartoon Network, including Cartoon Cartoons shows such as Dexter's Laboratory, Johnny Bravo, Cow and Chicken, I.M. Weasel, and The Powerpuff Girls. In 1996, Turner merged with Time Warner, and Hanna-Barbera became a subsidiary of Warner Bros. Animation. With William Hanna's death in 2001, the studio was absorbed into its parent, and the spinoff Cartoon Network Studios continued the projects for Cartoon Network output. Joseph Barbera continued to work for Warner Bros. Animation until his death in 2006.

The long and productive partnership between William Hanna and Joseph Barbera has yielded some of television's most successful and enduring programs. Cartoon series such as The Flintstones, The Jetsons, and The Huckleberry Hound Show are as popular with audiences today as they were when first shown. While this is evidence of the timeless entertainment value of animated programming, it also reflects the astute business sense of Hanna and Barbera and their ability to recognize trends in the entertainment industry. After decades of exposure to audiences worldwide, many individual Hanna-Barbera animated characters have become so familiar to audiences that they have transcended their original program contexts to some extent. Two obvious examples are the Flintstones and Scooby-Doo characters, which have achieved international recognition through television series, specials, theatrical film, and their display on every imaginable consumer product (most licensed by Hanna-Barbera). 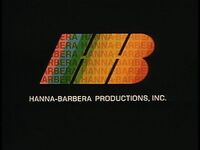 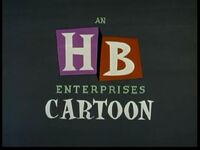 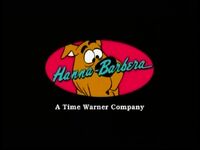