No Smoking is the pilot episode of the Cartoon Network original series, Cow and Chicken. The episode originally premiered on What a Cartoon! on November 12, 1995. 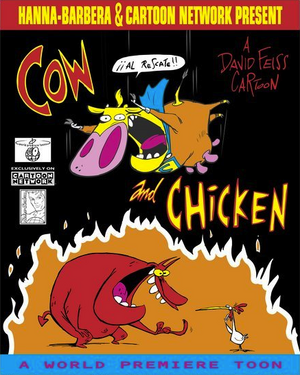 A surreal pair of siblings, Cow and Chicken, are separated when the Devil targets Chicken in a cigarette-smoking scam. Emboldened, Cow transforms herself into "Super Cow," a Spanish-speaking superhero, who saves Chicken from the depths of hell.